Change of use for vacant retail unit granted 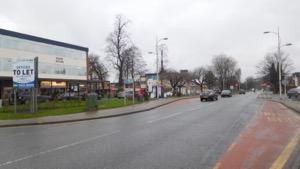 The Emerson Group have been granted planning permission for the change of use of one of their retail units at The Paddock, Handforth.

Planning permission has been granted to change the use of Unit 12 at The Paddock from A1 (retail) to D2 (assembly and leisure) or A1 (retail).

According to the planning application, Yogalife had confirmed they would like to occupy the unit which has been empty since July 2010, to enable them to open a studio offering hot yoga, personal training and workshop classes.

However, Yogalife have since confirmed to their members that the studio will be moving from its current location at Energie to Total Fitness next month.

Lidl put in an application to demolish Energie 23/6/17 and build a new Lidl with opening hours from 7 - 10pm + deliveries - despite flats being situated nearby.

Emerson put in for change of use at the Paddock 31/7/17 so that Yoga Life can move to the Paddock - stating that the unit had been empty for so many years and that 75% of the units are still retail.

Cheshire East grant the change of use 02/10/17 saying that "The hours of the use hereby permitted shall be limited to the following times:
Monday to Friday 07.00 to 21.00hrs
Saturday 07.00 to 17.00 hrs
Sunday and Bank Holidays 10.00 to 16.00hrs
Reason : In the interest of residential amenity of adjacent neighbours"

Dina Robinson
I am a member of Energie and also Yoga Life. On Friday 6th October I read a notice at the gym saying that the Beauty Spa is moving to The Paddock, on Sunday 8th I received an email from Yoga Life saying that they were moving to Total Fitness!??