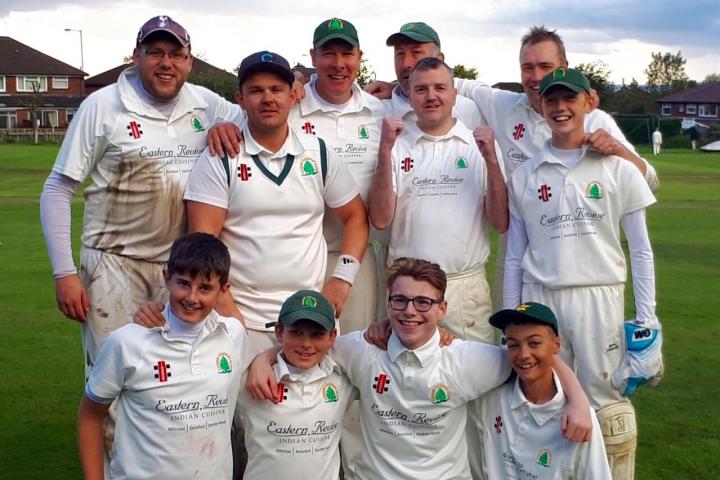 Lindow 3rd XI travelled to Bredbury St Marks on Sunday 15 points behind leaders Sale knowing that victory would secure them the Division 3 title.

Unbeaten in the first 15 league matches of the season, Lindow were asked to bat first. Captain Pete Hodge led from the front with a classy unbeaten 104, ably supported by Max Espley (33) and Dean Cox (33), leaving the visitors on 181-2 after 31 overs. With rain around and knowing that they had to bowl their opponents out for victory, Hodge declared Lindow's innings giving Bredbury 49 overs to chase down the total.

Things seemed to be going to plan as Paul Wilson took an early wicket, but with the hosts reaching 71-1 off just 16 overs the league title seemed a long way off. The game was then turned by two of the club's juniors, Joe Day and Tom Orr, who removed two of Bredbury's key batsmen and gave Lindow hope. That was followed by some inspirational bowling from Dean Cox (4-17) and Simon Rowland (1-26), before Rowan Day (2-3) claimed the final two wickets to bowl Bredbury out for 145. This gave Lindow a 25 point win, an unbeaten season and the Division 3 title.

This was a fitting way for the club's season to end and fantastic experience for the three under 15s and two under 13s in the team.