Revised plans for apartments on site of former clinic 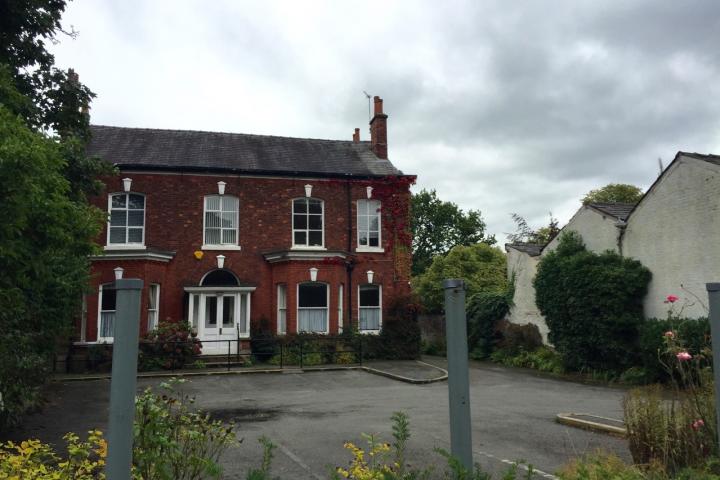 Revised plans have been submitted to demolish a vacant clinic and house on Alderley Road and replace them with a three storey building containing 12 apartments, along with a six bed detached house.

Williams Developments have submitted the application following the refusal of a previous scheme (16/3285M) for 21 apartments and a detached house which members of the Northern Planning Committee rejected in February by 11 votes to 1.

The initial plans were refused because the proposed building would over-dominate the surrounding site and, due to its height and proximity to the road, it would have an unacceptable impact on the street scene.

The revised plans (reference 17/2117M) are for 12 three-bedroom apartments and a single detached dwelling which will be predominantly two storey and have 6 bedrooms.

The site comprises three plots of land: 77 Alderley Road- occupied by the former and now vacant Fernleigh Consulting Clinic; 79 Alderley Road – occupied by a residential property and a vacant garden plot, adjacent to No 13 Greenway and accessed from there.

The plans can be viewed on the Cheshire East Council website by searching for planning reference 17/2117M. The last date for submitting comments is June 1st and a decision is expected by 21st July.

Barry Stafford
This part of Wilmslow is a total building site. We are overrun with lorries and vans parked all day,in Knutsford rd,Chapel Lane,Alderley rd. The huge block of flats on the Health centre, large flats development on Chapel lane.This contractor has blocked Chapel Lane into single lane.with barriers . How.?.A bus route and main artery. With huge lorries bringing materials,cement,skips,cranes etc. Its a major problem for traffic an locals. Anyone at Cheshire East, aware of these problem .Do we need more flats and traffic on Alderley rd.?.Baz

DELETED ACCOUNT
This is a huge improvement. The number of apartments has been reduced, it is not flat roofed, parking on site is better. My reservation is that both the main entrance and the "service entrance" are mechanically gated. The experience of this elsewhere is that there is always a delay before the gates open. On Alderley Road this could cause a serious traffic "hold-up". This could well be a problem particularly since the new apartment development on the opposite side of the road has all its traffic now exiting onto Alderley Road. No doubt this problem can be overcome.

Have to say that this shows what can be achieved with planning consultants who are willing to improve their design in the interests of aesthetics.

Simon Worthington
Keep going boys and check you are filling the right pockets!! You will get there in the end.

Chris Neill
How is it possible to stop the idiocy of planners who are in denial, and the insatiable greed of developers who,s mission is to build relentlessly, from ruining our small town. Don't the planners realise that these special green spaces are the lungs, and another 13 properties will throw another 25 or 30 cars into our streets to add to the extra 100 or so that the monstrosity behind the Health Centre will bring in, to choke the roads with more fumes to pollute our ever shrinking lungs. White vans, huge trucks, diggers, all scattered about over pavements, year after year, breaking up the fragile infrastructure and adding more potholes to the roads, as well as causing chaos to walkers, cyclists and pram pushers.
Some towns are twinned with romantic sounding places in France, maybe ours should be twinned with the Rhinoceros.