Entries open for the 2017 Waters® Wilmslow Half Marathon 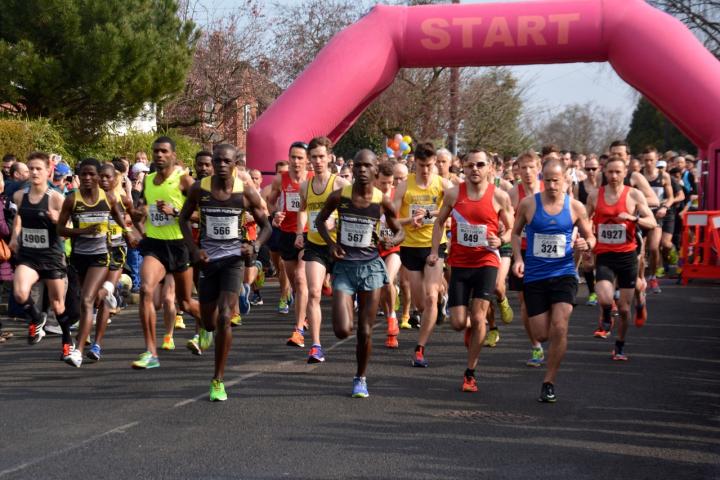 Entries are now open for the 2017 Waters® Wilmslow Half Marathon which will be run on Sunday 19th March.

This popular and prestigious race, which has regularly been voted one of the top road races in the UK by readers of "Runner's World" magazine, sets off from Kings Road, close to Wilmslow Rugby Club, with the starter's pistol sounding at 10.30am.

While majority of the runners are local to the area, the cream of England's elite distance runners have raced over the leafy lanes of Wilmslow and Mobberley when the race has regularly staged The England Half Marathon Championships.

Past winners Andy Jones, Thomas Abyu and three times lady champion Michelle-Ross Cope have used the event as a spring board to European, World or Commonwealth Games Championships.

While elite runners compete for championship honours and cash prizes, the total of which exceeds £10,000, the race itself raises in excess of £250,000 each year for charities as runners pound the streets for their own chosen charity, many with very personal reasons.

The chosen charity for next year is Royal Manchester Children's Hospital Charity. The Children's Hospital cares for over 240,000 young patients each and every year and for those children and their families it can be a very difficult time. The charity aims to support excellence in the treatment, research and care that the hospital provides to the young patients and to make a real difference to the children in its care by ensuring they continue to receive the highest quality treatment in the highest quality facilities.

Runners who want to race and compete with the best need to enter fast, as all 5,200 places have usually been snapped up by early in the new year.

For 2017, entries can only be made on line by visiting the race website.

Visit the Royal Manchester Children's Hospital Charity website for more information about running the Waters® Wilmslow Half Marathon for the charity, or contact a member of the charity team on 0161 276 4522, or by email.