Barlow's Beef: Public enemy number one for over a century 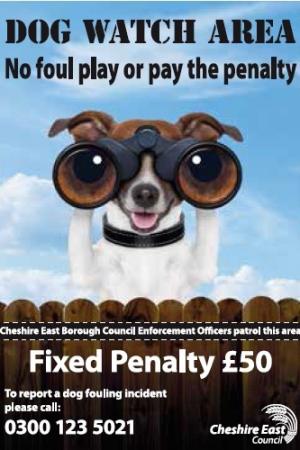 I did some research recently into public complaints to councils over the past century. As you would expect they have changed considerably over the years from the condition of street cobbles to Internet access.

One complaint, however, appears consistently throughout the decades. It has irritated the public in equal amounts during whichever period you care to examine. It isn't street lighting, refuse collection or education. It's dog poo.

Dog poo is public enemy number one right through the ages. There have been countless letters, petitions and complaints flying into council letterboxes since the penny post.

Currently Cheshire East currently has six community wardens patrolling the streets for err... poo. In the past three years the council has sent five files to their legal team of which two were successful in court prosecutions. In Alderley and Handforth there were none.

Not making much of an impression are they (excuse the pun)?

So why has dog fouling been such a difficult problem to solve? Most dog owners are responsible individuals but try accusing one who isn't and you will discover the true meaning of 'denial.'

It's either 'not my dog' even if it happens to be strapped to the hand of the accused or 'not my dog's poo' which is rather difficult to prove. (Most CSI Teams are too busy solving murders to get immersed in dog poo.)

I'm not sure a Magistrate or Crown Court Judge is going to be best pleased with a bag of dog poo being produced as evidence no matter how overpowering the case may be.

Cheshire East are attempting to resolve the issue with a flurry of Fixed Penalty Notices. Quite what the mechanics of this operation are I know not. I doubt pasting a ticket on the rump of an errant dog is good practice so how does it work?

You can't expect a council warden to frog march the owner of a possessive rottweiler to a cash point or body-slam a pit bull in the act of defecating so how's it done?

The answer I suspect is by shaming owners into acting more responsibly. (Either that or equip the wardens with flame-throwers).

(NB - For those inclined to take justice into their own hands the flame-thrower reference was a joke.)

Laurie Atterbury
I cannot understand why some dog owners go to the trouble of picking up their dog's waste into a poo Bag and then discard the bag as litter?

Vic Barlow
It's a weird habit isn't it.
Like the Poo Fairies will come along and collect it.
I collected 33 bags from long grass alongside a popular dog walks recently and dumped everyone in the centre of the path to make a point.
I did go back later and collect them but all you need is a strong bag to put them in until you get to a bin.