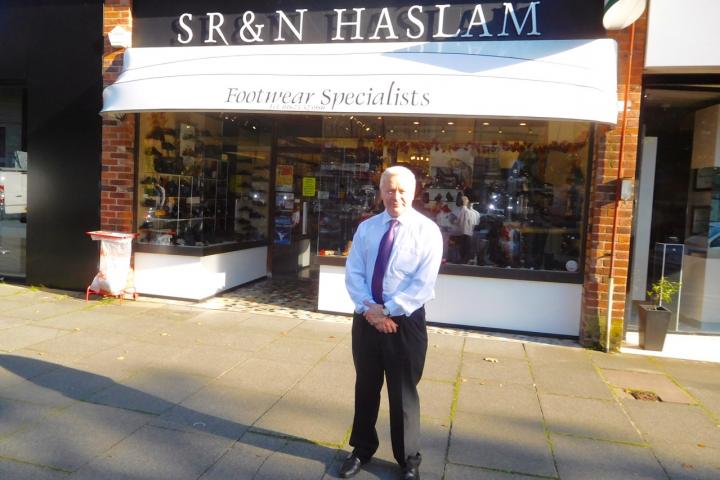 Due to expansion plans an independent shoe shop is relocating to Grove Street in March 2016.

Haslam's, which has been trading from their Alderley Road shop since 1980, will move to the much larger premises at 49 Grove Street - which was previously occupied by Lotus Five and Royles triathlon store.

The move will enable the family run business to stock a much bigger range of adults shoes as the new shop will be three times the size of their current one.

Owner Paul Haslam explained "We cannot progress because the shop isn't big enough and we are always short of space. We need to go into a bigger premises in order to expand the business.

"We haven't got enough space to carry more shoes."

Rick Andrews
Good news - this business deserves success and is a rare independent shop in these days of corporate high streets. Yes, good shoes are more expensive but the Haslam's sale is best time to buy.

Kate Ravenscroft
Good news, great to see a quality shop expanding and developing instead of the all the closures we've seen recently. Good luck.

Sally Hoare
Always great service in this shop. Hope it all goes well.

DELETED ACCOUNT
This is an independent shop which goes out of its way to give good customer service. Quality shoes are always worth the price.

Meryl Spencer
Really pleased at this news! It's a lovely shop with wonderful service, I hope the move goes well. I will certainly be in there.