Packed programme for 2015 Festival of One Act Plays 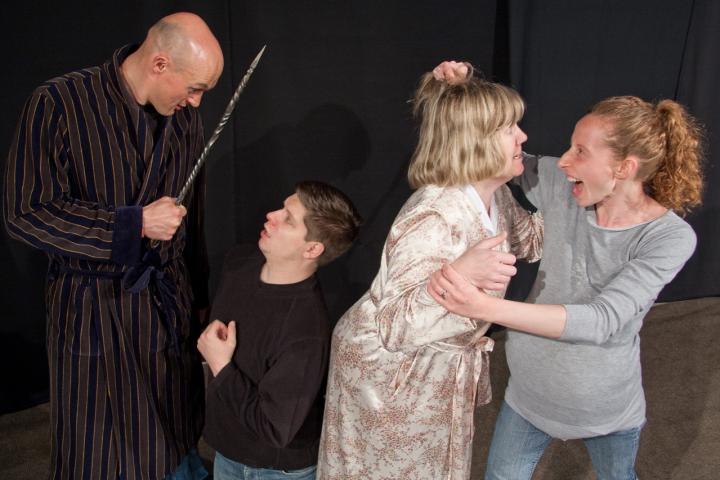 Wilmslow Guild Players will be running their annual festival of One Act Plays from 9th to 13th June at Wilmslow Guild on Bourne Street.

The Wilmslow Festival of One Act Plays has been running for over seventy years and will see many varied short one-act plays presented by groups from all over Cheshire, Manchester and further afield.

Each night there are four different plays from different societies. Each play has been rehearsed and produced by the entering societies, and they bring them to the festival for the audience's enjoyment and also to compete for awards.

Each evening ends with a verbal adjudication by an independent adjudicator. Awards for the best plays and performers are then made on the Saturday night.

Publicity Officer Bill Beton said "It's great to see the interest in performing theatre remaining as strong as it was last year. We had a packed festival last year and this year will be just the same. We have different four plays on each night over five nights. The festival is open to the public, so why not come down and see some entertaining and varied theatre."

There are three age categories: junior (under 14), youth (14-18) and senior and across the festival there will be eight senior plays, six youth plays and six junior plays.

Mr Beton said "You can see from the list of entrants that we really do have groups coming from all over the area. Whichever night you come you can be sure to see an interesting and entertaining selection of theatre, comprising both drama and comedy."

The running order for the festival is published on the Guild Players' website: