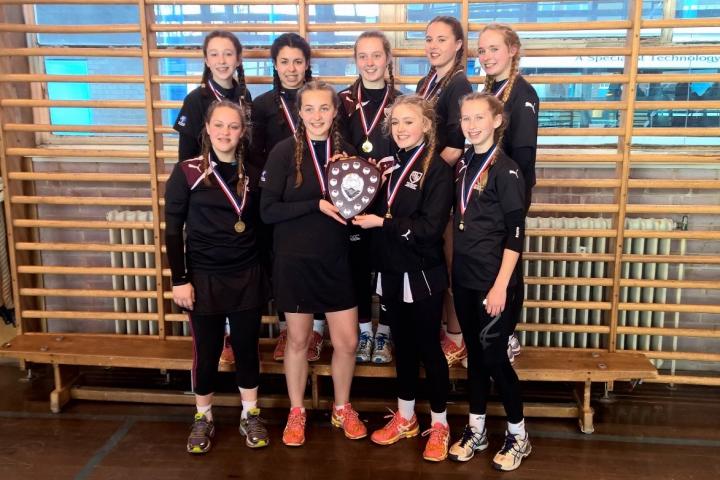 Wilmslow High School's netball season ended on a high with three junior teams getting their hands on some silverware.

The final event of the season was the Cheshire County tournament on Saturday, 28th March. Following on from their success at district level, the U12a team qualified from their group but unfortunately lost in the semi-finals to Fallibroome. However, they did win the 3rd/4th place match to finish 3rd overall.

The U13s were one of 11 schools playing in a round-robin format. They lost one player to injury during the second game meaning they had no substitutes for the remainder of the tournament. However, they played some gutsy netball, and ended up as runners-up by just one point to Fallibroome.

The U14s played and won all 5 of their group games and went on to beat Helsby in the semi-final 6-3. In the final they met Christleton who had beaten them at a previous tournament 2-7. With the score level at 3-3 at half time, the girls played outstanding netball to win the game 5-4 and become Cheshire Champions.