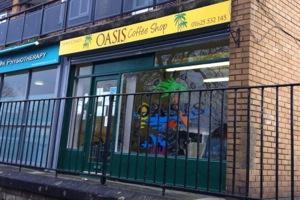 A planning application for the change of use of a premises in Handforth to enable a takeaway business to open has been refused.

The proposal was to change the use of an A1 unit at 20 Plumley Road, which has been used as a church community facility, to create an A5 unit for a hot food takeaway and install a kitchen extraction pipe.

The unit, previously occupied by Saint Chad's coffee shop, is located on the ground floor of a 3 storey building, the first and second floor consists of a duplex flat.

Cheshire East Council refused the application on the grounds that the "proposed change of use is considered to have a detrimental impact on the amenities of neighbouring properties, by virtue of noise disturbance and odours. The proposed would be contrary to policies DC3 and H13 of the Local Plan.

"The size and siting of the proposed kitchen extraction flue is considered to have a detrimental impact on the street-scene and consequently the character and appearance of the area. The proposed would be contrary to policies H13 and BE1 of the Local Plan."

Handforth Parish Council had written to oppose the development. Objections are also received from nine neighbouring residents and a local business on the grounds that there are already are already an excessive number of food outlets in Handforth providing takeaway food, it will cause an increase in antisocial behaviour due to people hanging around, increased noise, litter and smells from hot food.

Residents also raised concerns about limited parking and pointed out that the immediate area is quiet and the off license and convenience store are closed by 9pm so to allow a business to trade until 11pm would be very disruptive to the local residents.

The planning application can be viewed of the Cheshire East Council website by searching for planning reference 14/5181M.

Kerry Louise Burgess
Good, glad it was refused. Too many food outlets already in Handforth!