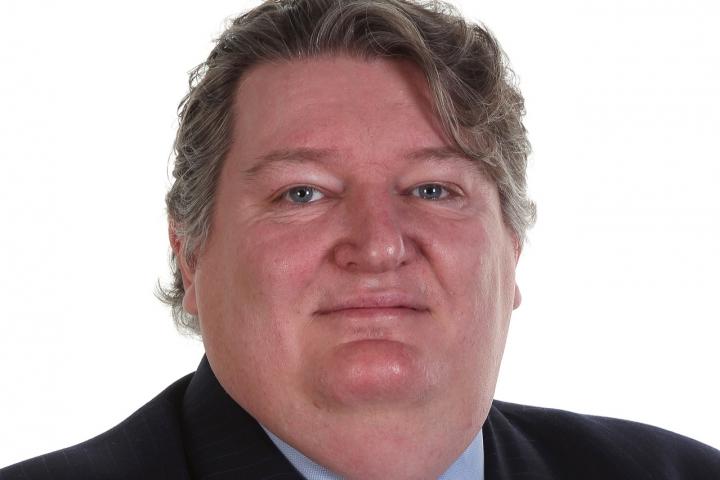 Critics have attacked the authority for spending £3.7m on the blueprint for development in the Borough up to 2030.

However, Councillor Jones said the sum was money well spent to protect Cheshire East from unplanned and unsustainable development and 'a drop in the ocean' compared to the economic benefit to all the residents in the years to come.

The public examination of the Local Plan has now been paused so the Council can make some modifications following the Planning Inspector's interim report which outlined "serious shortcomings" which need to be addressed before the Local Plan examination can continue.

Cllr Jones said: "First of all, the Council put the spending figure in the public domain in the first place. We have nothing to hide.

"It is perfectly reasonable and sensible to spend £3.7m putting together such a large, complex and vitally important document as the Local Plan and I don't understand why some critics are seemingly so upset.

"A spend of £3.7m would equate to the monetary value of about 1.5 acres of development on land in the north of the Borough.

"When you consider that many developers are trying to get planning permissions on our greenbelt and greenfield sites – £3.7m to protect us from up to £81 billion of development gain going in unsustainable locations seems pretty good value for money to me."

The Local Plan has been a massive undertaking. The strategy has undergone nine rounds of public consultation since 2010 and the Council has received more than 40,000 responses from residents and organisations.

Cheshire East has now created a Task Force, led by Councillor Peter Raynes, to drive and coordinate the work to address the inspector's concerns and strengthen the Local Plan following Cllr David Brown's decision last week to step down from overseeing the plan.

Cllr Raynes, Cabinet member for finance, added: "It is important to bear in mind that the pause in the public examination of the Local Plan is not a rejection of the entire Local Plan – and we welcome the opportunity to address the specific areas of concern to the Inspector.

"The report highlights some weaknesses in the Local Plan but there's plenty that's right – the duty to cooperate with neighbouring Councils for example.

"The delay is regrettable but it is important that this document is right for the people of Cheshire looking forward to 2030.

"We fully support the Government's Localism agenda and believe local people should have the power to shape their communities and the final Local Plan will reflect this.

"We will continue to put residents first while working with the Planning Inspectorate to get this right. Our mantra has always been to protect Cheshire East from unsustainable development and is a commitment we stand by."

Stuart Redgard
Putting it simply " I just don't believe what this man says".

Nick Jones
The expensive ‘Faux pas’ by CEC Councillors under the watch of M.J ( Unless he also was also doing a “Lyme Green” ) suggest erroneous, unnecessary expensive miscalculation or misunderstanding ( or both ) directly by MJ and the team around him. THIS IS ON HIS WATCH !.....Now I’m all for a successful business man using expertise and knowledge as a cllr or leader ( ?? ..! !) to residents benefits, but that does not appear clearly demonstrated. In a simplistic approach;

The rolling total of errors for this and other matters is not acceptable, maybe it is worthy of independent investigation . Competence ? You decide ..

This council’s record in relation to ‘Green belt’ is unfortunately poor, (yet consistent !)

Hypocrisy not Hippocratic... but what about working to the best of your ability to help people ?? Wasn’t that in the manifesto?.

I’m sure further Freedom of Information requests (https://www.whatdotheyknow.com/ ) could reveal further issues concerning our ‘Tax dollars’, and clearly there is a need to ‘invest to protect’ but what we have demonstrated so far is more ‘spend and hope they forget ‘.

Raymond Acton
Herbert Earnshaw (53) of Eastbourne spent £50 designing and producing a pair of tissue-paper and balsa wings to enable him to fly from a nearby cliff. Although his household expressed no concern and was perhaps complicit in the scheme, many of his neighbours warned Herbert that his wings were not fit for purpose. They of course were right. Herbert somehow survived his attempt and considered his bruising was well worth it when put against the cost of his investment (merely the price of a good meal) and when seen against the well-being of society.'I can't see that paper and balsa wings have shortcomings' he said 'and so I shall be trying once again when I've made some modifications'.

Mark Goldsmith
If you spend £3.7m on a bureaucratic process that's rejected as wrong, then either:

a) The process is far, far too complicated. So complicated in fact that no one actually understands it. Not even the so called "experts" who put it together, although they will do very nicely thank you out of the consultancy fees. In which case, as custodian of the money, you have to rage against the process and try to get back some of the cost from duff consultancy advice. Or

b) You are an idiot.


Okay, in this instance its probably both.

Nick Jones
@Ray...
The correlation of conduct between Herbert and Michael here is a remarkable coincidence.... perhaps related?... but could you clarify.... 1) Was it Bert’s own cash or had it been given to him by others under the pretence it was to be used for a better purpose.
2) Did he have a declared financial interest in the paper or Balsa wood company?
3) Was the cliff on a green belt?

Terry Roeves
Just a hint of a sneer Cllr Jones?
Of course you must find something to show for the expenditure, but you haven't improved on that which went before from MBC. For both you and George Osborne to be on record defending the plan as robust, puts you both on the very bottom rung of the ladder of responsibility, where you remain, in denial.
The next rung is that you accept, but do nothing. Next one up, you do something and fail. Finally, next rung, you do something and succeed! Get off the bottom rung Cllr Jones and deliver what we want, NOT what you are being told to do by developers. Start climbing our ladder, not yours. Doing what you want will repeat the mistakes of the past.

Tress Attwell
If the money is so 'well spent' why is the failure of the local plan the talk of all the planning departments in the rest of the country ?
Time to resign Mr Jones.