Leader says nothing is more important than protecting green spaces 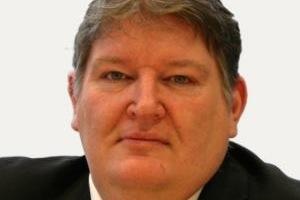 Councillor Michael Jones, Leader of Cheshire East Council, has issued the following open letter in which he calls on Labour and UKIP to support their five-year housing supply and Local Plan.

There is nothing more important than protecting the green spaces of Cheshire East.

I feel every appeal decision, and I have to say that national priorities for housing need are making Cheshire East vulnerable to speculative housing as a presumption in favour of growth overrules many of our committees' planning refusals.

Since March 2013, when I first announced we had a five-year supply of housing land, I have followed every appeal. We have hired the best barristers and our planning committees have given approvals for many thousands of houses to be built.

So, let me make it clear: UKIP and Labour don't lie, they merely don't tell you the whole truth.

Recently, Labour said we did not respond to the cross party commons committee inquiry into the National Planning Policy Framework (NPPF). This is true – but we challenged the NPPF the day after it was issued and we have challenged it 11 times since in meetings with the Secretary of State and the Ministers for planning and housing.

The whole truth is that houses should not be about politics – and we have more appeals by developers against our planning decisions than anywhere else I know.

Some local councillors for Crewe say officers disagree with the Council leadership saying we do now have five-years housing supply – yet again, they are not telling the whole truth. I can tell you the latest position by officers – including new consultants we have on board to advise us specifically on the five-year housing supply – is far stronger than any local councillor could deliver.

So let me make it clear to Labour, UKIP and the developers: we will not support unwanted, unplanned and unsustainable development.

Moreover, I am happy to tell you that, since March 2013, planning permission has been granted for 7,367 homes and we also have up to 2,500 outstanding permissions, which are subject to completion of legal agreements. On top of that we have applications for more than 2,000 homes, which are due before planning committees in the near future. These numbers do not include new National Planning Policy Framework guidance on including student accommodation and care home accommodation.

We will also be driving forward progress on development of our strategic sites and those other sites identified in the Local Plan as suitable for development.

So I say to Labour and UKIP: stop talking half-truths and support our five-year housing supply and support your communities by backing our Local Plan – and get on board with our 'residents first' neighbourhood plans, which we have introduced and are moving forward with several parishes.

Other parties want to make planning and housing a political football – but we want to take the politics out of housing and put our residents first.

Another way the Council is supporting sustainable housing growth is by focussing on developing brownfield sites – with its 'brownfield first' policy.

Indeed, we are writing to the Chancellor of the Exchequer to ask him to make Macclesfield as a brownfield 'exemplar' – highlighting it to other authorities as a model of good practice for using brownfield sites first for development.

Our desire to have Macclesfield become a designated 'brownfield exemplar' is clearly to enhance the viability of developing brownfield sites and allow the Council to remove sites from the greenbelt.

This is something everyone should support.

Kathryn Blackburn
When will you learn to stop digging Mr Jones. Excuse the pun.

Pete Taylor
Adlington Road fields: "These fields will never be built on". Cllr Michael Jones in front of a packed hall!
He speaks with forked tongue and foot in mouth.

Terry Roeves
CEC are NOT protecting green sites. Classic example of not listening to hundreds of residents and experts is an approval for 200+ houses on Adlington Rd. Now a judicial review process is underway. Residents would not do this IF the development was right for Dean Row and Wilmslow. It is not. I won't repeat the objections, there are far too many. However if you wish to look at them then access the CEC planning portal and it's referenced 14/0007M.
Michael Jones says one thing and does another. His leadership of CEC lacks democracy. Our MP is aware of mine and others' feelings and we hope that he will sort out this sorry mess and not sit on his backside denying there is anything wrong. Denying there is a problem is the lowest form of leadership. Let his actions speak for themselves, the conservative party and his constituents, whom he is pledged to help, regardless of how they voted. He has been asked for help. Let's see what he does...

"Politicians speeches are not written for the audience to which they are delivered. Delivering the speech is merely the formality that has to be gone through in order to get the press release into the newspapers"......Sir Humphrey Appleby.

Sounds like History and Fiction colliding maybe. MJ. is merely demonstrating his skills at Irony once more ! ..or....Maybe just demonstrating his script writing ability for political satire...perhaps he has such a role lined up post the next election !!... At least in a fictitious environment his ramblings would be funny...!!

Terry Roeves
Now is the time for CEC strategic planning board to withdraw the core planning strategy. Cllr Jones clearly no longer supports it. Too many sections are based on unjustifiable assumptions and the need to increase debt to deliver new homes and jobs, neither of which are based on much more than guess work.
Cllr Jones and our CEC Cllrs should organize the planning board to convene. They can then vote. I will be writing to my CEC Cllr requesting him to sort this out. Wilmslow Town Council can do the same of course, as can all of us. Let's see how the Big Society functions in the run up to the elections.

Simon Worthington
This is obviously the start of the councillor's "save my job campaign". For further information search for Mr. Jones on the web. I have just had a very rewarding 15 minutes. Residents and friends of residents of Bunbury - you know your duty.

Desmond Williams
The councillor speaks with forked tongues.Adlington Rd development was apposed by a very large number of the community and the Town Council but it still received approval.Look at the CPRE site to see the true facts.In the dash for so called economic benefit and pandering to the hunger of developers the CPRE has highlighted the number of green spaces will be built on or under threat including designated green belt.I hope the current facts will have a large impact on the present regime in the next local elections in particular.

Tress Attwell
Mr Jones please leave Labour and UKIP to form their own local plans. As you have platantly ignored the views and options of local residents we need someone else to vote for in local and general elections.

Jane Middleton
How on earth can Cllr Jones say "There is nothing more important than protecting the green spaces of Cheshire East"? He is Leader of the Council which is trying to destroy a part of Wilmslow (Adlington Road). What an outrageous statement the Cllr makes.

Jon Williams
Maybe it's about time that a large population of Wilmslow stopped voting Conservative then !